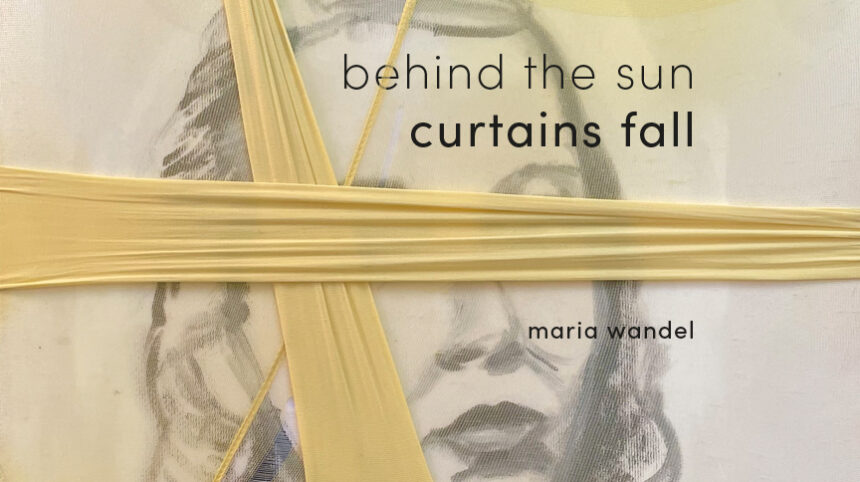 Behind the Sun Curtains Fall

Renowned Danish painter Maria Wandel has exhibited her multifaceted oeuvre both in Denmark and abroad. Continuously experimenting with a wide range of artistic means she has established new and surprising dialogues between both visual art and literature and photography and painting. More specifically, over the last five years, she has created large-scale paintings where the world of dreams and fiction appropriate the image space and the colour is afforded the same power as Paul Klee once noted: “Colour is the place where our brain and the universe meet. And through colour, we are led into the heart of everything.”

This year she has created an original and thought-provoking exhibition for the leading contemporary gallery Martch Art Project in Istanbul, with the enigmatic title Behind The Sun Curtains Fall. In the paintings, we encounter everyday objects and situations: Empty hotel rooms, modest cushions, flower vases and various unembellished images of nature, all readily recognisable from our everyday lives. These are ordinary items or our simple surroundings that we rarely pay much attention to in our busy routines. But through dynamic brushwork and the intensity of the colours, Wandel transforms quotidian reality and nature into a world of immediate presence and memory traces. In several cases, this persuasive artistic transformation of the ordinary is underscored by the gossamer black transparent veils, draped over the image, enveloping them completely. Through the rhythmic movements created across the image surface, the various sparse slivers of everyday life and nature are transformed into enigmatic spaces that quiver with life. The images appeal first and foremost to the viewer’s emotions, imagination and senses, but also provide much food for thought.

This becomes particularly evident when you study the three expressive paintings of glass vases containing black flowers that in many ways resemble a triptych symbolising the three phases of life. The undulating rhythmic movements of the thin light black draperies create a solemn, almost magical atmosphere in the plain rooms with their glass vases and dark roses. In the first painting, an intense red permeates the roses and the entire room, symbolising the passion of youth. In the next, the roses and vases emerge in a white-silvered, harmonious space that suggests more mature and clarified times. In the third, yellowed leaves appear on the table in front of the vase, reflecting impermanence, the final phase of our lives.

In the encounter with Maria Wandel’s paintings, our hurried, rational, often egocentric lives are pushed aside, opening the gates to a world that contains new inspiration and life orientations that move beyond the self. The nuances and vibrations of colour, in subtle harmony with the gentle rhythmic play of the draped material, are a key element in her creation of the intensity and re-enchantment of our daily lives and environs.

Through her work, viewers can uncover magical, religious and metaphysical perspectives in their immediate surroundings that they may not have been aware of before. They come away with an experience richer; the habitual veil of conventionality enveloping their reality has been shattered, proving that the visual arts can leave new traces in an already-known world.

Dr.Phil Else Marie Bukdahl
A former principal at The Danish Academy of Fine Arts, Copenhagen, Denmark.
Appointed First Knight of The Order of the Dannebrog by HM The Queen of Denmark (2000)
Else Marie Bukdahl was by the French Minister of Culture appointed Chevalier De L’ordre des Arts et des Lettres, 1999 and Officier de Palmes Académiques, France.

Behind the Sun Curtains Fall

Dr.Phil Else Marie Bukdahl
Former principal at The Danish Academy of Fine Arts, Copenhagen, Denmark.
Appointed First Knight of The Order of the Dannebrog by HM The Queen of Denmark (2000)
Else Marie Bukdahl was by the French Minister of Culture appointed Chevalier De L’ordre des Arts et des Lettres, 1999 and Officier de Palmes Académiques, France.