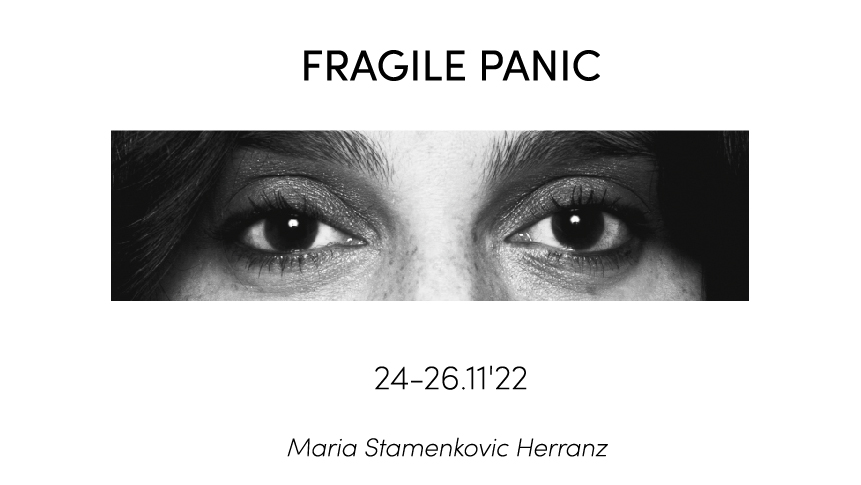 “Fragile Panic explores the themes of invisibility and resilience.”

During the course of 4 hours of performance, the performer will gradually drink 1 Liter of water.

The visitors are invited to write down their thoughts on the surfaces of the table, cupboard and bed.

The performer will cover the space and herself with duct tape, as a metaphor to a time when she first encountered a situation of fear and danger.

In this autobiographical work, the performance artist Maria Stamenkovic Herranz reflects on a moment that changed the course of her childhood. In those years, duct tape became a prominent material she used while living alone during the Balkan wars.
She, like Vesta Stoudt, wanted to fix that which was broken.

Vesta Stout was a mother who had two sons serving in World War II. While working at the Green River Ordnance Plant (Illinois, USA), she noticed that the boxes of ammunition she was packing and inspecting had a flaw. The paper that served to seal the boxes often tore off, leaving soldiers frantically trying to open the box while under fire. She created a waterproof cloth tape and thus invented duct tape, a prominent material that could fix anything.

During the course of three days and four hours per day, Maria Stamenkovic Herranz will use duct tape to create an intrinsic conversation with her body, the visitors and the objects she chooses to interact with.”