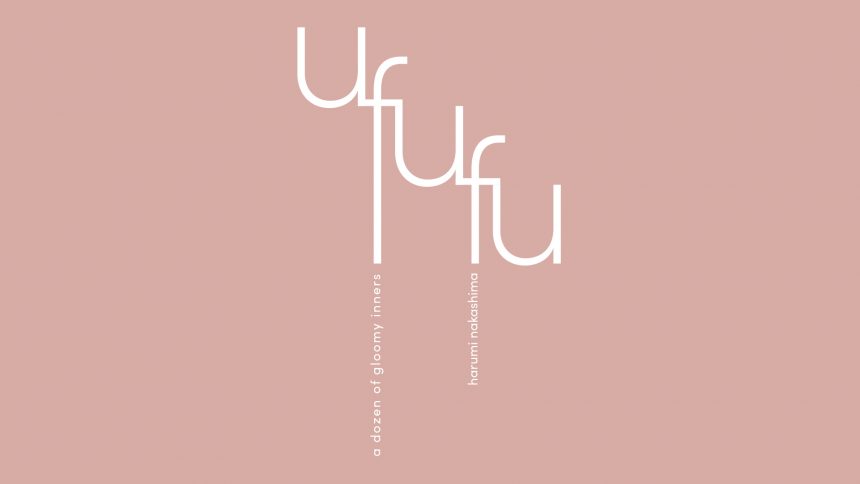 ufufu, a dozen of gloomy inners

Ufufu: a dozen of gloomy inners

Looking at the sculptures of Harumi Nakashima (b. 1950, Japan) is like looking at a garden where new selves bloom in a whole self, where all parts of a being nourish. Just as the physically visible and internally everchanging parts of an ecosystem, cycles of intrinsic and extrinsic disturbances and interferences occur in the garden. This confrontation and introspection within the body and psyche, “a look into the inner me”1 as the artist states, is mediated through organic form and color. The process of self-discovery in Nakashima’s words is visible through “types” resembling a biological classification, almost like keeping a visual record of this internal dynamism. Among the ceramic sculptures are the “crawling” types, “Yin” and “Yang” objects, yet these embodiments seem to appear not as opposites but as a dozen versatile depictions of the inner self.

Karasawa Masahiro mentions in his essay for The National Museum of Modern Art, Tokyo in 2007 that through Nakashima’s contemplation and understanding of ceramic both as a material and a medium “his thinking shifted from ‘make something with ceramics’ to ‘make something that is ceramic.’”2 and goes on to explain:

“Nakashima’s works have, from the beginning, been formed using the hand-coil method. Rather than basing his creations on a sketch or esquisse to which the clay is made to correspond, he builds up the clay bit by bit, as if replacing images with words at each step while enjoying the construction process.“3

Similar to how the clay builds up during the production phase of the works, a continuum of ontological questions arise regarding the presence of new selves in “ufufu: a dozen of gloomy inners” accordingly. The artist’s reflection on cycles of life, how one is created from sexual activity and how one carries on to do so, leads the viewer to make sense of what the occupation of space in the exhibition represents. Are these inanimate objects or living beings? Are they parts of a functioning organism within a conscious system or dehumanized, unconscious mystic creatures? Do these “beings” have no instinct or on the contrary have one rooted so immensely in their existence that one can neither predict nor recognize it, true to the nature of instinct itself? Does this instinct come from the physicality of the fundamental intersections of a human body or from its subsequent accompanier psyche? Are they giving birth to something or someone new, or are they being born from something or someone? Perhaps the multiplicity of these new “inner selves” are inevitable consequences of being an individual or an obligation because “with these things dragged out, [one] feels released and calm”.4 Are these sculptures standing in space, frozen during a voyeuristic monitoring that demonstrates the power of reduction of the body to sexual organs? Are the erotic attributions of the sculptures rendered erotic not due to seductive intentions but because of the viewer’s tendency to search for these attributions? Looking at the works of Nakashima, does one pinpoint the vulnerable points in his existence? Does the eye find what he is looking for or himself?

Passing through Nakashima’s garden begins with staring at one thing, followed by steps of self-exploration through its nature and imagery. This existential trajectory of the artist and the viewer initiated with a sight or a single move resembles Hakozaki from Masayo Koike’s poem, who experiences a multisensory, transcendental moment seeing a blue flower:

“Nothing captured Hakozaki Ichirô’s heart as much as deep / blue flowers / One day / When he was waiting in front of the station for a friend / By chance his eye fell upon a nearby flower bed / There quite by accident / A mass of small blue flowers was growing / His line of vision / As if harvested by a vacuum cleaner was sucked into it / Hakozaki could not understand what had happened / Blue / Pierced Hakozaki’s mucus membranes / Like an overflowing river it / Encroached upon his interior / Without exception every word that he possessed was drowned / After the profound silence only an exclamation mark / Was hoisted up like a small fish / Ah, / How deep was the blue, / Thought Hakozaki / It was at that time when he was assailed by a sharp grief / That made him want to weep loudly / There was no reason for this grief / In front of the station like this / He thought I should not break into tears all of a sudden / The self that Hakozaki had / Stifled firmly now / Turned him into / A newborn baby”5

Restructured, reunited, redefined beings are formed in “ufufu: a dozen of gloomy inners”. The exhibition takes its name after Nakashima’s ceramic sculpture series from 1984 titled ufufu, an onomatopoeic word meaning “chuckling, giggling”. Perhaps it is a relieved Nakashima who is giggling at this scene of the innocent, amusing parts of himself. The obscure and obscene parts already here or yet to be dragged out of him, yet to be revealed. With these sculptures, the self that the artist has is reborn, it multiplies, it sits, it crawls like a baby, and it stands up. It discovers its shape, its posture, its existence, its sexuality. It looks for itself.

2 Masahiro, Karasawa. “Medium＋Technique＋Process: Craftical Formation in Practice.” The Power of Crafts: Outlook for the 21st Century, The National Museum of Modern Art, Tokyo, Translated by Ruth S. McCreery, 2007, pp. 16–24. (The catalog from the archive of Harumi Nakashima are courtesy of Sokyo Gallery, Tokyo/Japan)

Ufufu: a dozen of gloomy inners