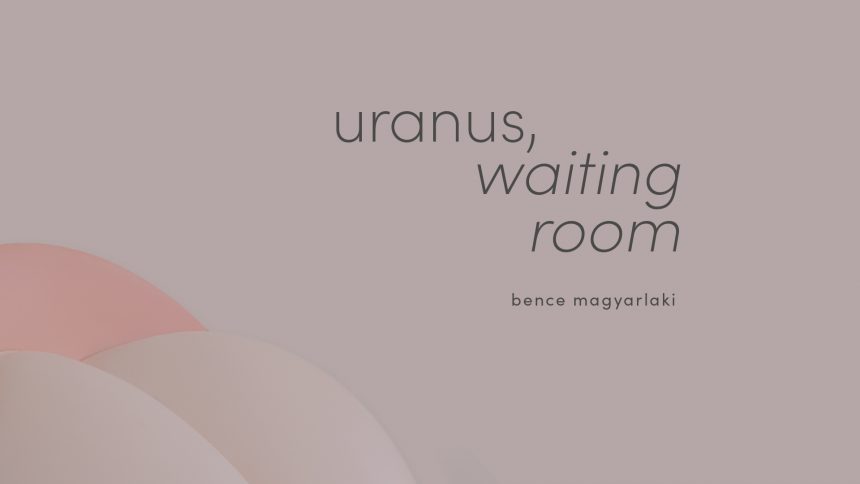 The narrative of Uranus, Waiting Room centres itself around the idea of a utopian apartment, in which the laws of physics allow the individual to shred layers of their skin, flesh and internal organs and place them in positions of rest. Similar to when one arrives at a place that they call ‘home’, one would take off their shoes, their clothes, their assumed behaviours and mannerisms, their gender performance, and their restrained desires: an arrival giving room for introspection, isolation and intimacy. This is of course with the presumption that the individual does not arrive in any kind of normalized, often violent, domestic setting but to an apartment of their own on the planet Uranus. Such intimate exploration of the body becomes linked to the idea of a search for a home, or a search for belonging somewhere, to something. Uranus: Waiting Room, as the title suggests is not necessarily a complete arrival or a state of belonging to any particular existing notion of architecture, state, or nation. It is rather a state of suspense, an elongated experience of an interlude before a radical operation.

After all, an extra-terrestrial home-making project on any planet is – for now – a dream, a state of unconscious, or a utopia, yet it is a fantasy visualized often, part of the human imagination. The atmosphere of the planet Uranus is a particularly vile one, consisting of volatile light gases such as hydrogen and helium, methane and ammonia, and often appears in literature as a Planet for outcasts. As Preciado points out: since Uranus, the Greek god was castrated by his own son Chronos, Uranus the planet and the symbolism of its etymology did not cease to move the imagination of queer thinkers. One only has to think of Karl Henrich Ulrichs who coined the term Uranians in 1864 to refer to sexual relations of the third sex as he called it, all the while using the term to defend homosexual relations and his own desire for men at court. Or one might think of Jean Genet who fantasizes about moving to the planet in his Thief’s Journal (1949), in order to crawl on all fours with “all the convicts of his race”. Altogether Uranus and its history seem to be loaded with metaphorical meaning for the queer reader and Magyarlaki, by bringing it to his exhibition, intends to play with its historical weight and its atmospheric lightness. Just as the solid parts of anatomy become fluid interpretations and abstracted gestures, the exhibition invites its audience to release their ideas of a fixed self: this is a call for metamorphosing our subjectivity, to become as Preciado has, a dissident of the sex-gender system and in such state of suspense to create a new body, a body that is never singular or self-same.